Hilda Wolfe sat at a new shelter for hurricane survivors on Scott Lane in Houma, La. on a Friday evening in mid-October, eating smothered pork chops and garlic mashed potatoes for dinner. The dining tent hummed with conversation as neighbors exchanged stories of their evacuations from Hurricane Ida, which slammed southeast Louisiana in August. After the storm, Wolfe was shuttled between shelters in Monroe, Patterson, and Morgan City. When she couldn’t stay any longer, she crashed with a relative for a few weeks.

The Federal Emergency Management Agency (FEMA) allotted her some emergency funds, but when a representative encouraged her to find shelter at a hotel in Mississippi or Atlanta, she got frustrated. “I can’t go over there. I don’t have transportation,” said the 66-year-old. “What am I supposed to do somewhere where I don’t know nobody?”

With the state-run Scott Lane shelter, which opened Oct. 14, Wolfe can stay close to home. It has dorm-style bedrooms, showers, restrooms, laundry services, and a medical tent. Many of the other shelter residents lived near Wolfe at Bayou Towers, a 300-unit public housing complex for low-income and disabled seniors next door that’s now blocked off by caution tape. Tenants have not been allowed back into the building since the storm; according to The Houma Courier, it will likely be condemned.

Wolfe wishes she could return to her old apartment to get fresh clothes and her nebulizer to treat her asthma, but she’s making due with her inhaler for now. She’s thankful to be back near her doctors and her grandkids, to have a bed to sleep in, and to be fed three meals a day. 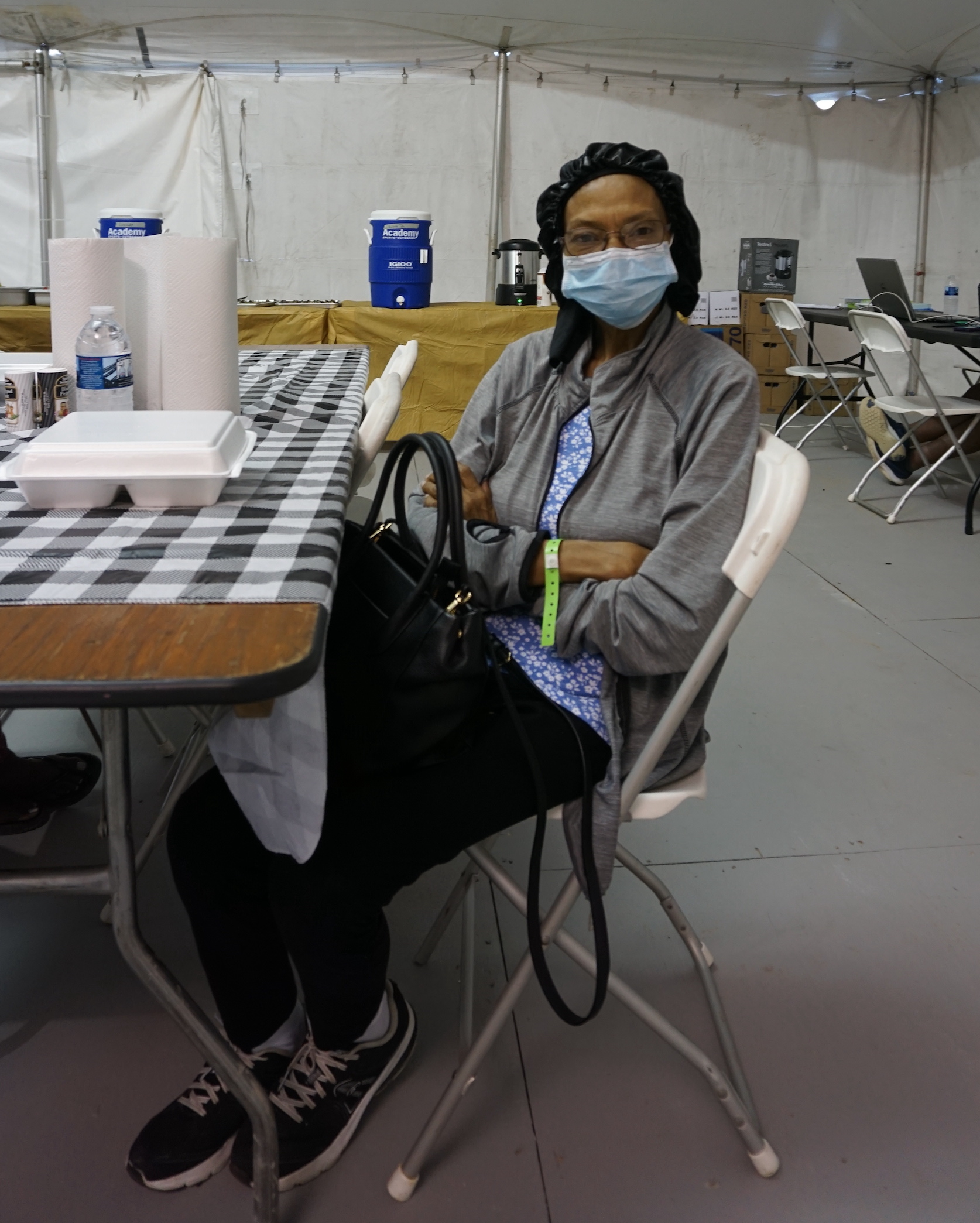 Hilda Wolfe at the Scott Lane base camp shelter in Houma, La. on Oct. 15. Photo by Carly Berlin

Renters evicted from their apartments and homeowners whose houses are destroyed are typically responsible for finding their own temporary housing after hurricanes. The Scott Lane shelter, called a base camp, is part of the Hurricane Ida Sheltering Program, a new state initiative to provide non-congregate shelters—different from traditional shelters in that they offer some degree of privacy and reduce the risk of spreading COVID-19—for people near their homes before longer-term housing options are available. The program is specifically for heavily impacted parishes that do not have other options.

The bulk of shelter options will be travel trailers, according to Mike Steele, communications director for the Governor’s Office of Homeland Security and Emergency Preparedness (GOHSEP). As of Oct. 25, 107 trailers were deployed and 51 households had moved into one within the eligible parishes of Lafourche, St. Charles, St. James, St. John the Baptist, Terrebonne, and parts of Jefferson. In Terrebonne, where the need for housing is particularly great, the base camps are an interim option.

The program, which launched on Oct. 4, is the first of its kind, Steele said. It’s meant to be a bridge before FEMA offers direct temporary housing—usually RVs or manufactured units—which often take months to arrive. GOHSEP is administering the program with input from parish officials, and FEMA will reimburse the state for a portion of the cost.

“FEMA kind of approached us,” Steele said. “I think they’re aware that their program is pretty tedious.”

No pre-registration is necessary to stay at the base camps in Terrebonne, but to register for other housing options through the state program, residents must apply here or call 844-268-0301. The registration is separate from FEMA aid. 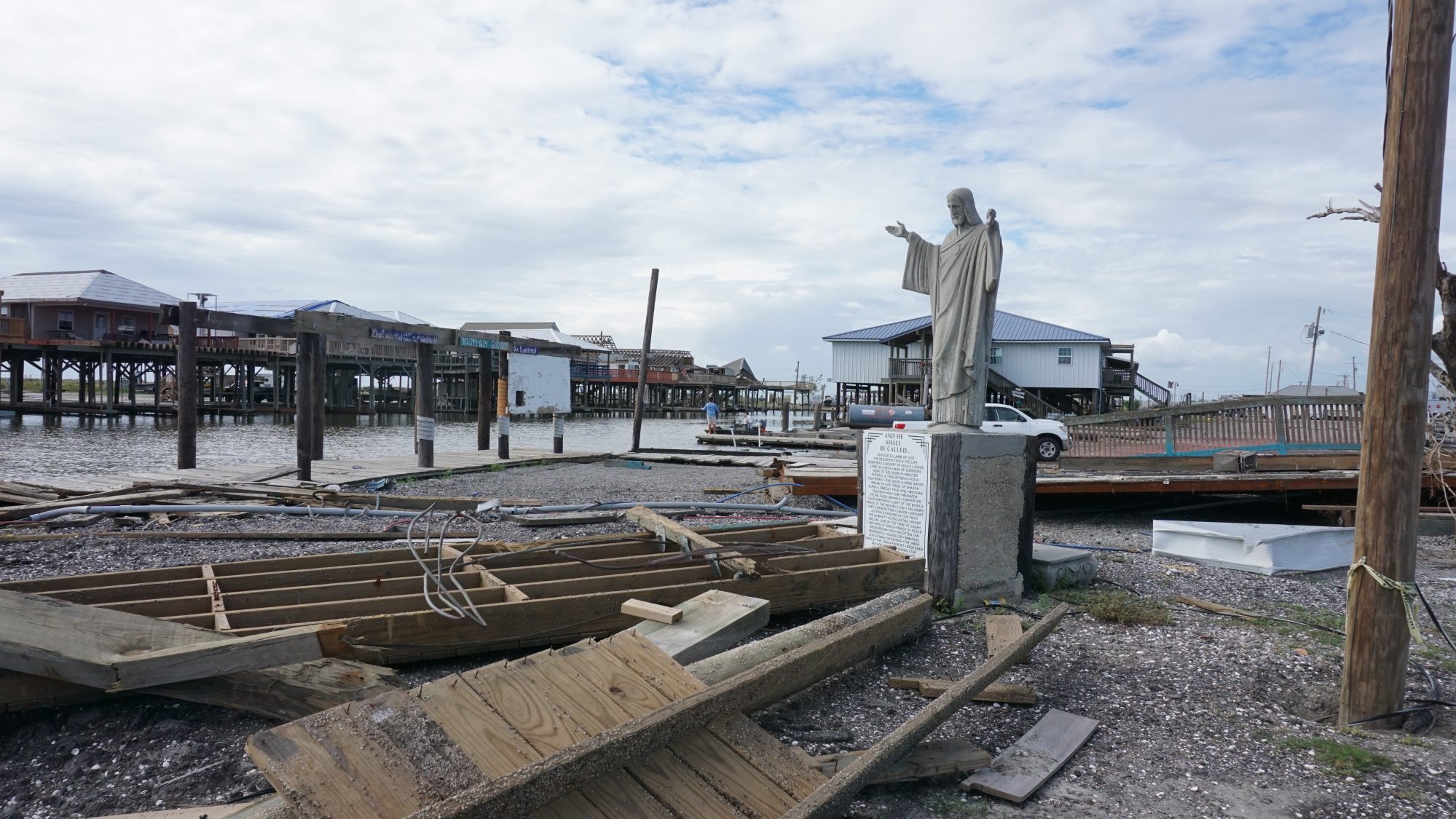 Why do FEMA trailers take so long?

At a September press conference, Louisiana Gov. John Bel Edwards was asked about the timeline for temporary housing from FEMA after Ida. He did not give a clear answer. “Quite frankly, we were very upset about the length of time before these assets were brought to bear in southwest Louisiana last year,” he said.

Layers of bureaucratic hurdles set back the process. The agency inspects homeowners’ property before approving trailers and also looks for pads in mobile home parks. If those aren’t available, FEMA will consider creating group sites, a last resort of last resorts. All sites must comply with local zoning ordinances and can’t be placed “within a one percent annual chance floodplain unless no practical alternative exists.”

In Calcasieu Parish—the most populous in southwest Louisiana—FEMA found spots in existing trailer parks, according to Wesley Crain, director of planning and development for the parish. Many parks were built in the area during the 2012 natural gas boom.

Residents had to endure arduous processes to secure trailers. In August, some told Southerly they called FEMA dozens of times for months. FEMA spokesperson Debra Young did not answer a specific question about this delay. To be considered for the program, she said, residents must apply for FEMA aid, be approved for housing assistance, and “keep in touch with FEMA” about their housing situation.

On top of coordinating with contractors and utilities, officials in southwest Louisiana also had to contend with Winter Storm Uri and historic flooding in May, which both further delayed recovery plans. Crain wondered if the parish and FEMA could pre-designate sites to provide temporary housing faster.

“Just think about if you had a 100-acre tract of land. It’s already zoned. You could go in there and deploy utility companies, put in electrical power, sewer, get that done. That’s a big step,” he said. “Instead of having to negotiate a land deal in the middle of a crisis.” 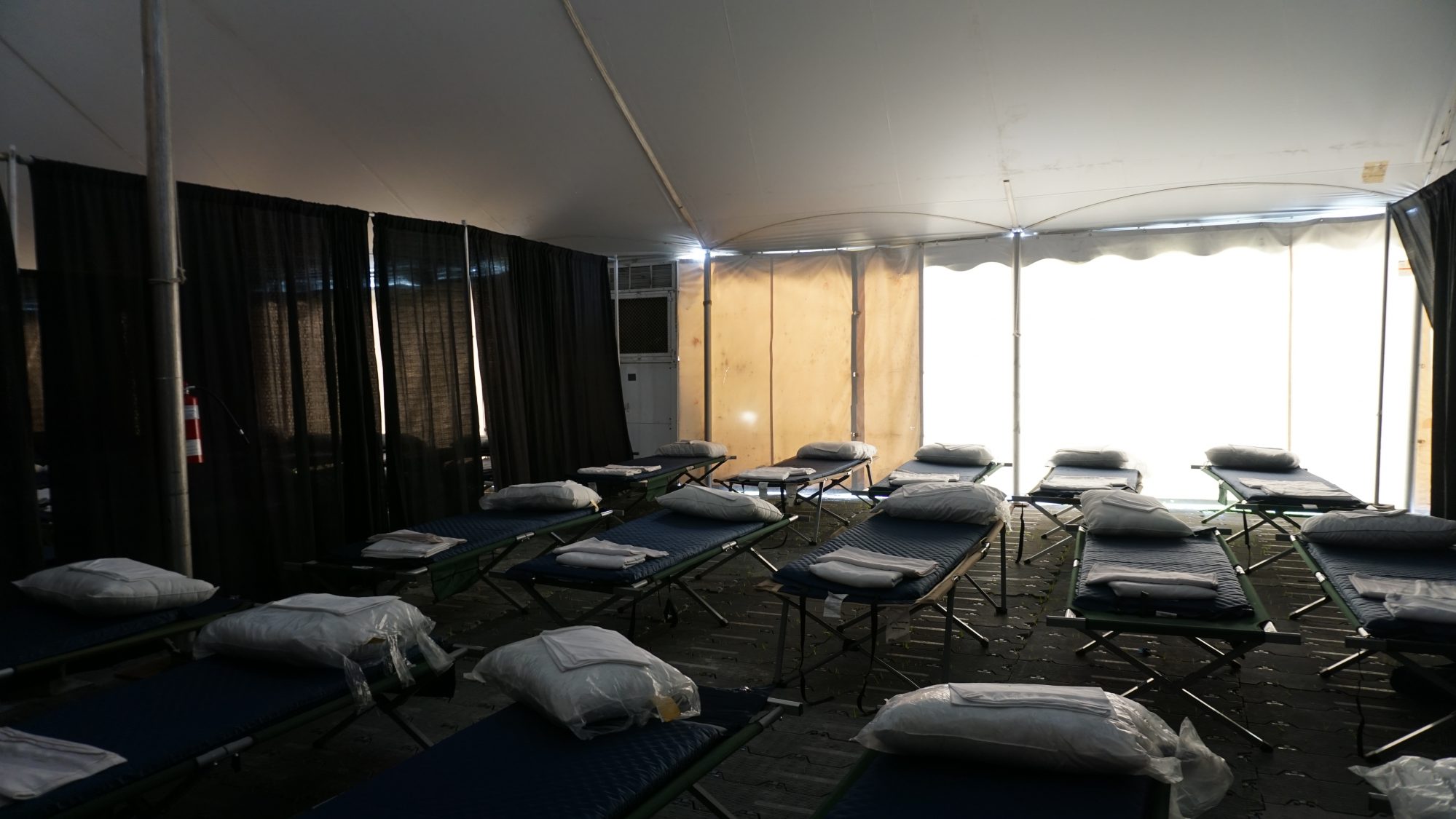 Cots set up at the Montegut base camp. Photo by Carly Berlin

How the base camps work

Seeing people sleeping in tents, cars, or damaged homes in the lower bayou region of Terrebonne Parish prompted officials to go with the base camp model, said Christopher Pulaski, director of planning and zoning for the parish. The storm damaged traditional hurricane shelters and local hotels were damaged or full of crews repairing critical infrastructure.

Terrebonne Parish is currently operating four base camps in Houma, Dulac, Chauvin, and Montegut. The base camps are free for residents, and are first come, first served until they reach capacity, Pulaski said. Housing style varies: Scott Lane in Houma has dorm-style rooms with bunk beds; Montegut has cots in subdivided tents. Each site, located on parish-owned land, has a contract for 30 days with the possibility of extending.

All sites have meal and laundry services, charging stations for phones, Wi-Fi hotspots, and air-conditioning. Residents can come and go as they please. GOHSEP employees help with registration in person, and FEMA and Small Business Administration employees visit to assist with claims.

If residents have already submitted requests for temporary housing through the parish, they don’t have to register for the Ida Sheltering Program, according to the parish website. But staying in a base camp doesn’t put them ahead or behind in line for other housing options. “It’s not going to put you into a travel trailer any faster or slower,” Pulaski said. As of Oct. 22, around 30 travel trailers from the state had been provided in Terrebonne, Pulaski said.

Could the Ida Sheltering Program be a model for the future?

States can generally act more flexibly and quickly than FEMA to screen applicants and provide temporary housing. Still, the Ida Sheltering Program began over a month after the storm.

It could be a model the next time a storm hits, especially if contracts are in place ahead of time. “If this does prove successful, this may be a new option available,” Steele, from GOHSEP, said. “Not just Louisiana, but for other states.”

Young, the FEMA spokesperson, did not respond to specific questions about direct temporary housing for Hurricane Ida survivors, saying she could not provide “additional details…such as projected dates.”

In a September press release, FEMA notes its support for the state’s initiative, calling it a “critical bridge to recovery.” A FEMA fact sheet states the first direct housing units will become available in mid-November.

GOHSEP is considering putting group trailer sites in Terrebonne Parish, Steele said. Pulaski said FEMA officials have contacted his office about group sites as well, but Young, the FEMA spokesperson, did not confirm this.

Pulaski said finding land will be a challenge. “In Terrebonne, we don’t have as much land as Calcasieu,” he said. “Area-wise, we have one of the largest parishes in the state. But about 92% of that area is unbuildable. It’s environmentally sensitive. It’s marsh, swamp, whatever. So you take that out, and you take out what’s already been developed. And now you’re left with a lot fewer options.”

Damage at the Pointe Aux Chenes Marina on Oct. 15. Photo by Carly Berlin

Another challenge has been getting the word out in a largely rural area. As of Oct. 22, the Dulac, Chauvin, and Montegut sites were filled to only about a third of their combined capacity. Parish council members, the Red Cross, and contractors running the camps are putting up flyers and reaching out to churches, convenience stores, and fire stations.

The Scott Lane base camp, however, was near capacity within a day. The parish requested 100 more beds to double its capacity; construction is underway.

The Friday night Wolfe was eating dinner with her neighbors, Terrebonne Parish councilman Carl Harding stopped by. He lives a block away and knew everyone by name. “The people within my district, they are renters, they are elderly,” he said. His is the only predominantly Black district in the parish. He helped open the base camp with Bayou Towers residents in mind.

“People are psychologically affected by being displaced,” he said. He’s glad to see them back close to home.

We’re continuing to report on housing and hurricane recovery in south Louisiana. Get in touch with us by emailing Carly: berlincarly@gmail.com