This story was published in partnership with Enlace Latino NC. Léalo en Español.

On Sundays, Edith Alas Ortega travels 20 minutes from her home to a farm field in Henderson County, North Carolina, and takes a deep breath. “There’s a mental and physical healing that happens out here,” she said in Spanish. Ortega is one of five members of Tierra Fértil Coop—“fertile ground” in English—an agricultural, worker-owned cooperative for and by Latino immigrants. The group — three Salvadoran and three Mexican immigrants — meet every week on their one-acre parcel in Hendersonville that  provides vegetables for the families involved as well as enough for resale, with a focus on culturally appropriate ingredients for the Latino market.

Ortega marvels at the first strawberries of the season on a recent morning in June— just 40 for now. But dozens of bushes shoot out of mounds that she helped shape and cover in black plastic, just waiting to bloom into berries.

“I can eat something I planted with my own hands,” she said. “I leave feeling satisfied that I did something to make myself feel good. And to know I’m doing this with other people, face to face in the outdoors… it fills me with happiness.”

The group began tilling and prepping the soil a year ago. Now, Tierra Fértil founder Delia Jovel and Ortega show off neat rows of corn that stretch toward the horizon. Dozens of tomato varieties, including tomatillos, and chili peppers grow tall, and root vegetables including beets and carrots sprout from another.  Potatoes, broccoli, eggplant, and kale are interspersed with vibrant marigolds. But the team said the crop with the most traction is cabbage—they have at least 300 heads of cabbage growing in the field.

“We use a lot of cabbage,” said Jovel and Ortega, both from El Salvador. It’s the main ingredient of pickled curtido, a spicy, vinegary condiment that tops every pupusa in town. The women dream and scheme of creations using these ingredients native to their homeland.

Most of the produce the cooperative grows and harvests is sold to individuals within the local Latino community. Jovel estimates that in the last year they have sold 20 bunches of cilantro, 12 pounds of strawberries and 150 beets per week, depending on the seasonality of the product.

Tierra Fértil’s modest plot is on Tiny Bridge Farm, land owned by farmers Ed Graves and KP Whaley for 10 years. They work full time in other careers—Graves as a librarian, Whaley in community media. But they both grew up on farms; Whaley said supporting Tierra Fértil with access to land was a no-brainer. Tierra Fértil and Tiny Bridge Farm share a land-use agreement based on mutual aid, according to Jovel.

“We’re all beginning farmers, learning from each other,” Whaley said. “I’m excited about the community [Tierra Fértil is] building. And I’m excited to see how our community in Hendersonville is responding.”

“We’re all beginning farmers, learning from each other,” Whaley said. “I’m excited about the community [Tierra Fértil is] building. And I’m excited to see how our community in Hendersonville is responding.” 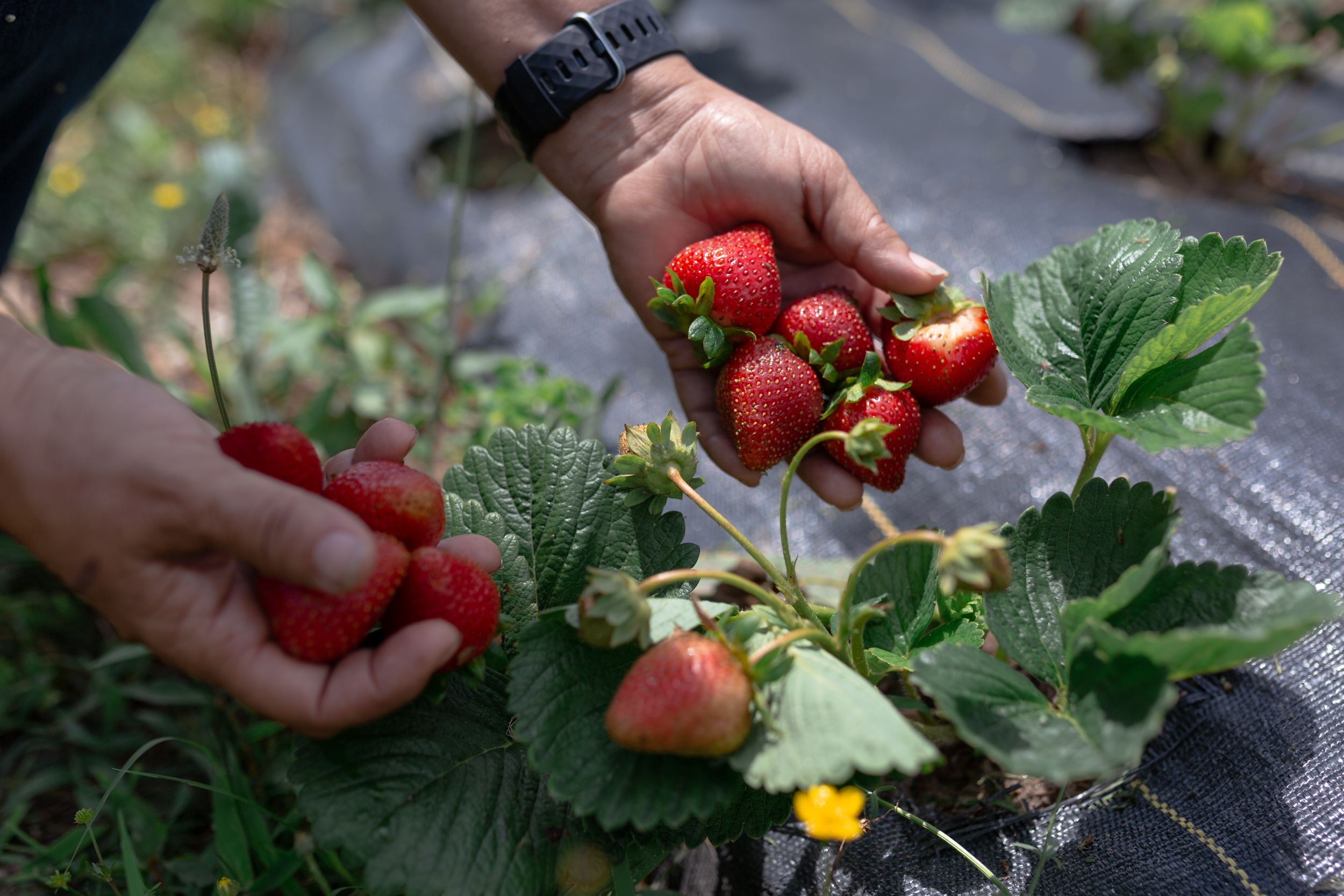 Tierra Fértil started in the middle of the pandemic. Through a grant provided by the Henderson County office of N.C. Cooperative Extension, two co-op members became master gardeners this year. “The pandemic was a push,” Jovel said, “and I thought, ‘maybe this is the right moment for a project that incorporates access to income, community organizing and food.”

Jovel had the support of the county’s extension agent, Steve Pettis. The office gave them free seeds to help launch their first season. “I’m always excited about people who don’t let anything get in their way,” Pettis said. “Delia is one of those people.”

“So much of the agricultural knowledge stays in the gringo community,” Jovel said in Spanish. “And it’s because our community often feels incapable in a foreign country. Even if they have the knowledge or have farmed in their home countries.”

Only 14 farmers out of more than 770 in Henderson County identified as Hispanic in the 2017 USDA Census. Ten percent of the county identifies as Hispanic compared to 9.6% of North Carolina’s general population Throughout the state there are 487 Hispanic-identifying farmers who fully own their land according to 2017 data.

Samuel Antonio, one of Tierra Fértil’s five worker-owners, says he grew up in a farming family in a small Oaxacan town in Mexico. But when he wanted to farm here, “it became complicated” without owning his own home or land. The worker-owner cooperative model is integral to Tierra Fértil: Jovel sees it as a way for immigrants to regain their own power—something they may have left behind for dreams in the U.S.

“You come to this country without a solid network,” she said. “Instead you come with the idea of “I’m here to win, to work, to make myself better.’ Unfortunately that type of self-improvement in a capitalist country is always about making money.” 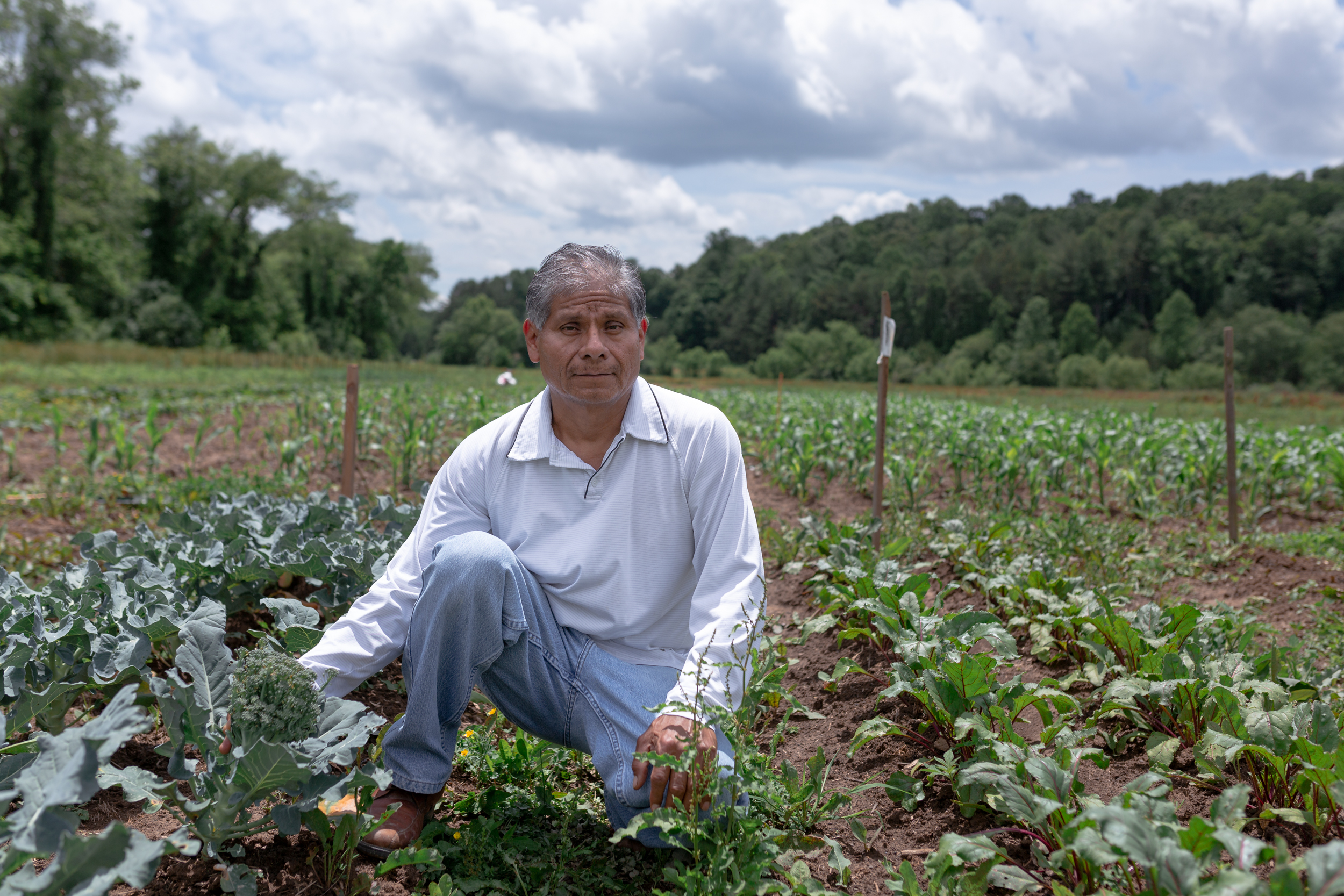 That, Jovel said, is what becomes embedded as a harmful stereotype for Latino immigrants who don’t prioritize taking care of themselves. “We think a healthy well-being is for privileged people,” she said.

But she and many of her immigrant peers live “chaotic lives” juggling multiple low-wage jobs and families, she said. The working poor also face housing insecurity as development rapidly increases in western North Carolina. Hendersonville is now a popular place for retirees, resulting in rising housing costs. Jovel found out this month that the apartment building she rents from is up for sale.

She says that limited English is also a barrier for many immigrants who avoid going to the doctor because it can be an intimidating experience and, “they frankly don’t understand us.” She has noticed that many in her community have died from chronic conditions like diabetes or terminal cancers that she feels could have been prevented with routine healthcare.

According to the National Cooperative Business Association out of the 65,000 business cooperatives in the United States, 2,100 are agricultural co-ops with 1.9 million farmer members. The top 100 agricultural co-ops are large, well-known brands, such as Land O’Lakes, Ocean Spray and Organic Valley.

Jovel came to the United States six years ago from El Salvador and quickly developed a reputation as a trusted community organizer among Latinos. She worked at PODER Emma, an organization that incubates community-led development in the northwest Asheville neighborhood Emma, which is predominantly Latino. PODER Emma also serves as a network for cooperatives throughout the region. Jovel’s work there planted a seed where she began learning about the co-op ownership model and how it functions.

She attended virtual workshops, including those offered by the Boston Center for Community Ownership. At BCCO, bilingual training emphasizes how worker-owners handle governance and collaborative decision-making as well as financial planning and projecting sales. 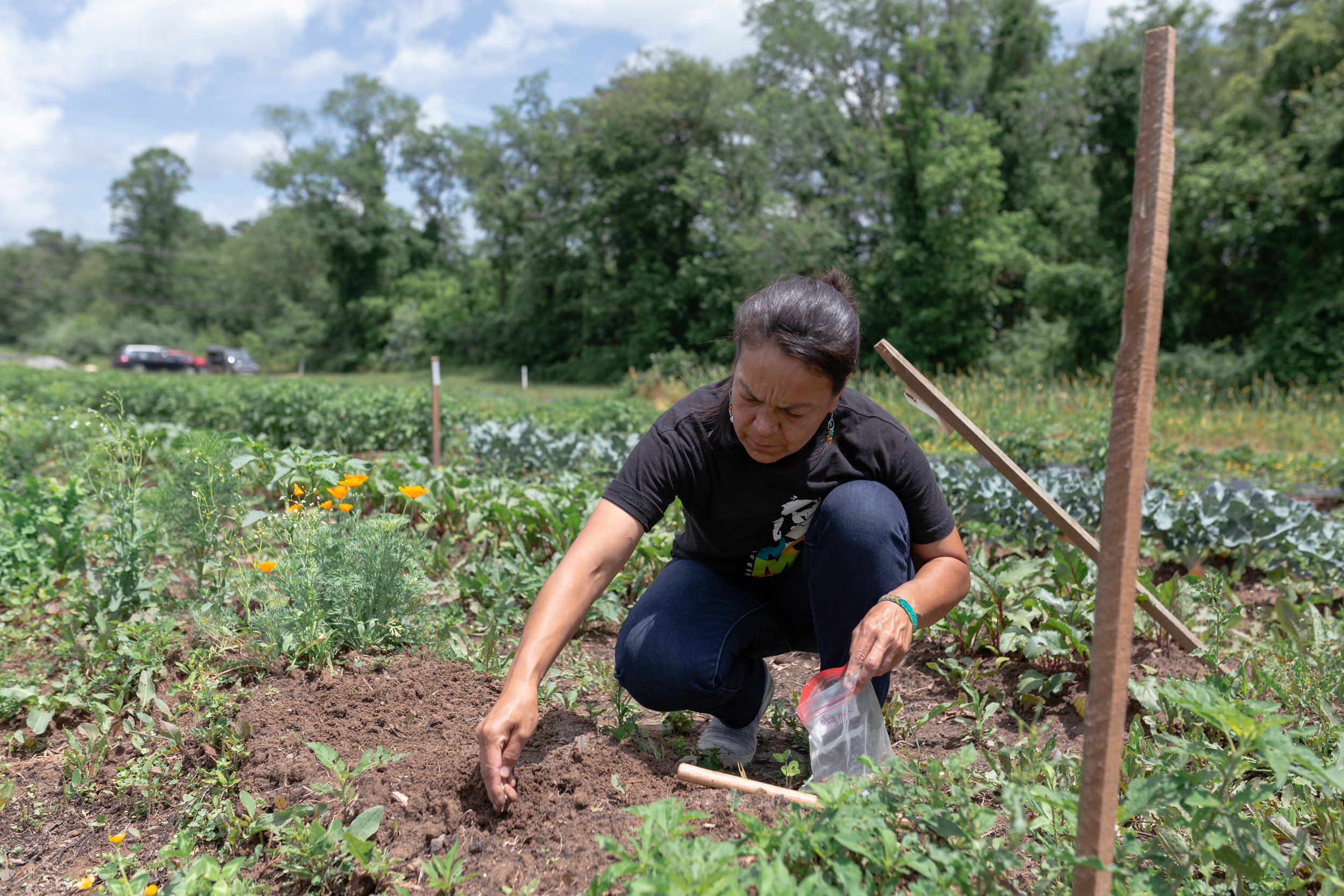 “We are a business,” Jovel said. “But cooperatives also have a social component. And we have a commitment to inspire people within our community. It’s an adaptable model for any type of business.”

In 2020, Jovel also helped launch the Abundancia Food Bank in Hendersonville to provide fresh produce and culturally specific foods to local immigrant families experiencing food insecurity during the pandemic. The food bank went from serving 10 families in May to 90 by December.

Tierra Fértil plans to sell at local markets eventually, as well as add co-op members In June the group secured a partnership through the nonprofit Appalachian Sustainable Agriculture Project (ASAP). The organization buys food from the farm to supply the Abundancia Food Bank.

Through food projects, Jovel also hopes to root her community in a sense of pride despite being away from their homelands. Even if some of the next generation of Latinos don’t speak Spanish, “cooking quickly connects you to your own origins,” Jovel said.

“Just what they have done so far—how far they’ve come and the organization they’ve built—is extremely impressive,” Pettis said of Tierra Fértil. “You can really sense the spirit of teamwork and joy that they are getting out of producing the food.”

In the last decade rural areas experienced the fastest Latino population growth, which may have contributed to the latest USDA data detailing the number of Hispanic farm producers increased from 90,344 to 112,451 between 2012 and 2017. In general, more people are farming, but the percentage of Hispanic farmers has plateaued at 3%.

In March, new coronavirus relief funding included the Emergency Relief for Farmers of Color Act. The landmark effort provides $4 billion for the U.S. Department of Agriculture to forgive direct or guaranteed loans given to farmers of color. An extra $1 billion will go to the USDA to allocate farmer grants, college scholarships and other support for minority growers.

However, an increasing number of Latino farmers in the U.S. prefer to own small-scale operations, which can make it difficult to compete for grants within the industrialized market. Cooperatives work against this model.

“The conventional model of starting a farm involves seasons of working for someone else for low wages to learn and gain knowledge and skills,” said Graves, of Tiny Bridge Farm. “Our model of working in partnership is about lateral and community power, rather than top-down expertise and capital. We share tools and time.”

Tierra Fértil has been the perfect partnership rooted in the same ethos, he added.“Our businesses and goals are related but separate, like sisters. We have learned so much from working together.”

Victoria Bouloubasis covers the intersection of environmental issues and economic mobility in Latinx, immigrant, and refugee communities in North Carolina for Southerly and Enlace Latino NC. She is a journalist and filmmaker based in Durham.