For 14 years, Faviana Mullings, a small business owner and server, has driven her light blue Sonata from her home in Cape Coral, Florida across the causeway to the white sand beaches of bustling Sanibel Island. In the summer, she liked to open her windows to inhale the salty breeze.

But since July, Mullings had to drive in the blazing heat with her windows rolled up and a T-shirt pressed over her mouth and nose. Without the filter, she said the air “felt like fire” in her throat.

Soon after, she noticed strange water under the causeway. “It looked like there were little whitecaps everywhere in the water, like golf balls every couple of inches,” Mullings said in a hoarse voice. “I realized it was fish as far as the eye can see.”

The fish died from red tide, a harmful algal bloom caused by a microscopic plankton that thrives in warm, nutrient-dense waters. The toxins it releases are linked to respiratory irritation and neurological and gastrointestinal problems in humans and have killed over 2,000 tons of fish, sea turtles, dolphins, manatees, and other marine life since the bloom started a year ago. At its peak, it surrounded all three sides of Florida, extending over 150  miles across 12 counties. It’s one of the most severe to date.

For months, Florida’s tourism offerings — beaches, fishing, conservation — have been fouled by public health concerns and miles of marine life carcasses. Now, the state is grappling with the devastating damage of Hurricane Michael, the worst storm to ever hit the Panhandle. The crises have thrust environmental issues onto center stage in the upcoming midterm elections.

An excess of nitrogen and phosphorus in the water, largely from agricultural fertilizer runoff, has led to an explosion of blue-green algae, including cyanobacteria, in waterways across Florida. In the 1930s, a dike was erected around Lake Okeechobee, the second largest lake in the U.S., to protect communities from flooding. Disruption to the natural cycle of runoff to the Everglades made Okeechobee a hotbed for harmful algal blooms. This spring, a deluge of rainfall filled the lake to dangerous levels, discharging overflow east and west along river and estuary systems to the coast. Though blue-green algae dies in saltwater, the nutrients it carries feed the plankton that forms red tide.

Despite Hurricane Michael’s strength, it failed to break up much of the red tide offshore. Scientists say it remains to be seen if increased nutrient runoff from the storm could cause it to grow even more.

“I think we might see a longer-term impact because there is nutrient enrichment going on in the coastal waters,” said Hans Paerl, a marine and environmental sciences professor at University of North Carolina Chapel Hill. “Those nutrients are not going to go away all that fast. So if you get a red tide next year or the years after they could be more severe simply because there are more nutrients sitting in the system.” 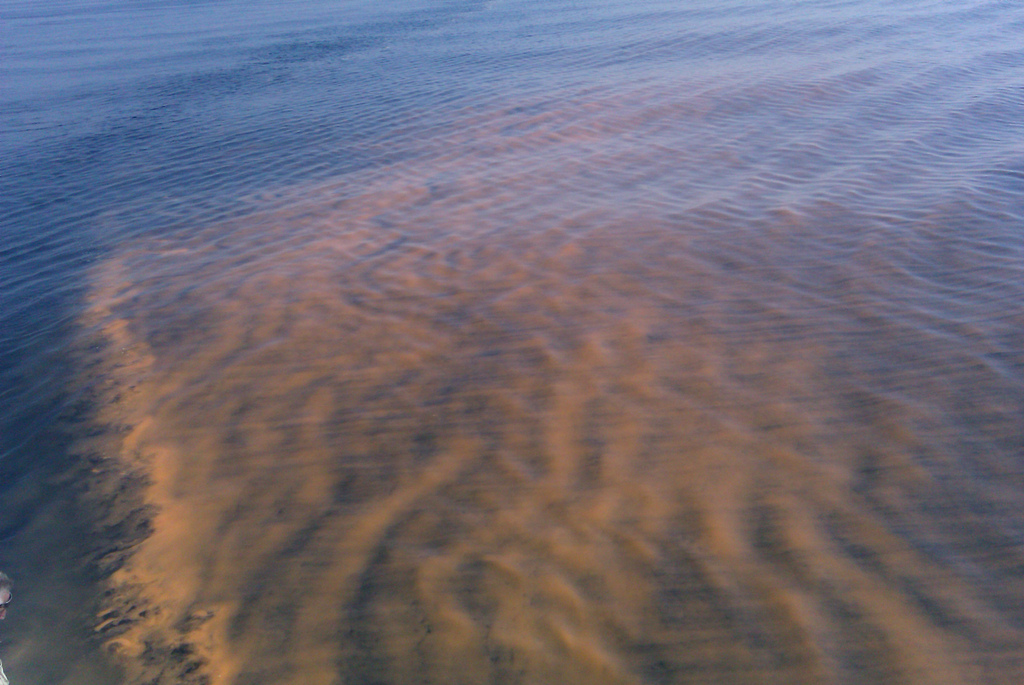 Just before the hurricane hit, a major report released by the United Nations’ Intergovernmental Panel on Climate Change showed that warming global temperatures will worsen storm surge and extreme weather in Florida.

“Because climate change is occurring, particularly warming, the bar is raised,” Paerl said. “We have to reduce nutrients even more than we had to before because the algal growth potentials are bigger. So the challenge becomes even greater with climate change issues.”

That challenge is made even harder by Florida’s weak environmental regulations and Republican Gov. Rick Scott’s reluctance to address them. In 2011, Scott cut $700 million in funding from water management districts and opposed stricter federal water quality standards. During his tenure, he reportedly wouldn’t allow his staff to use the term “climate change.”

“We’ve had the last eight years of an administration that’s been really difficult to work with,” he said. “The current administration unfortunately did not support [Florida Department of Environmental Protection and South Florida Water Management District] trying to get water conditions better in Florida. My hope is the new governor will be able to.”

Perry has taken both candidates in the 2018 governor race — Republican and former U.S. Representative Ron DeSantis and Democratic Tallahassee Mayor Andrew Gillum — out on the waterways. He says they are both “sincere” in wanting to make a difference. (Neither office responded to multiple requests for comment.)

The red tide — and now hurricane recovery — have become key issues in Scott’s campaign for Senate against Democratic incumbent Bill Nelson, who has also opposed stricter water quality standards. In August, Scott declared a state of emergency over seven southwestern counties and promised $1.5 million in funding to mitigate the effects of red tide and focused his campaign on it. In the final weeks of campaigning, however, both candidates are focused on hurricane recovery.

Some environmental advocates worry Scott and Nelson have spent more time blaming each other for the crisis via political ads than outlining solutions. (Neither office responded to multiple requests for comment.)

“The prevalence and seriousness of the algal blooms in the water crisis here has forced politicians to address it in their platforms, and to be able to answer to voters that a) they’re concerned and b) they have a plan to do something,” said Paul Owens, president of the nonprofit development group 1000 Friends of Florida. “But there’s also an awful lot of finger pointing going on. They are spending as much time and energy trying to blame each other as come up with practical, effective solutions.” 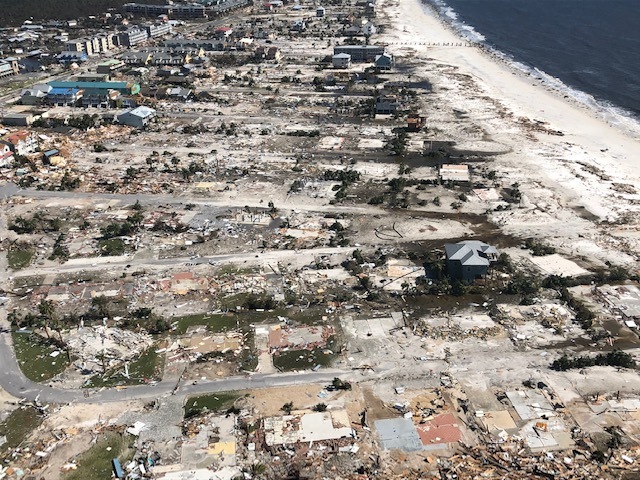 Searching — and voting — for solutions

The environment isn’t typically a major theme in Florida elections, but this year is different, Owens said.

“There seems to be greater consciousness among voters than there has been in the past because it’s hitting folks in the pocketbooks,” he added.

At risk is a $5 to 8 billion fishing industry and a $67 billion tourism industry, according to Captains for Clean Water, a Florida advocacy group comprised of licensed fishermen and charter boat captains. The group said it will take decades to recover from water mismanagement, a problem that has led to reduced hours and cut wages in restaurants, hotels, bait and tackle shops, and fishing operations.

Chris McCarty, director of the Bureau of Economic and Business Research at the University of Florida, said in the long-term, the red tide could “impact people’s perception of the area” including “snowbirds who come down from January to May,” affecting rent and housing prices.

Some economic impacts are already being felt around the state. Bailey’s General Store, a fourth-generation market on Sanibel Island, reported a 40 percent drop in revenue. The Sanibel and Captiva Chamber of Commerce reported a loss of $19 million in business in two months. In August, a Salvation Army in South County, Florida reported a 40 percent increase in requests for help from families. According to a recent study by the Florida League of Cities, nearly $2 trillion in economic revenue is currently at risk.

The silver lining may be that people can’t kick the can down the road anymore, said Dominic Calabro, CEO of watchdog group Florida TaxWatch. “It costs far too much to postpone the investments and actions to materially and seriously restore and protect the Everglades and the waterways emanating from them,” he said.

No matter the election outcome, the recent ecological challenges have helped raise awareness for locals like Mullings, who is preparing to vote in her second midterm election.

“I think people are seeing how [voting] can affect their economy, their health, the environment they love, and their recreation,” Mullings said. “What do you do if you own a business or live in a home that becomes a health hazard? We have to contemplate if this doesn’t get better over the next couple months or years, what do we do from there?”

Austyn Gaffney is a freelance writer and editor based in Kentucky. Find her stories here.